Scientists have for a long time focused on university students mainly because they are the immediate entrants into the professional world. Universities are more often than not one of the most preferred venues for launches, workshops, seminars and talks. Fortunately or unfortunately, this has been the norm in our country. University students have had the benefit of meeting high profile scientists in the country through their clubs and societies. Rarely do we hear of these same scientists visiting a secondary school, save for the annual price giving days. As much as we acknowledge that there is some sort of interaction with our very young scientists, more needs to be done in order to engage them and help them build more interest in science.

It is against this backdrop that The Scinnovent Centre decided to involve secondary school students during the African Scientific Revival Day (ASRD) celebrations held at the Kenya Agricultural Research Institute- National Agricultural Research Lab (KARI-NARL), . Hospital Hill High School was randomly selected for high school competitions and incolved the particpation of both genders in the competition. The theme for this year’s competition was ‘Science Communication through Art’. The students competed in three categories; essay writing, poetry and creative arts (drawing) under the topic, ‘Science and Technology is the solution to hunger and malnutrition’. 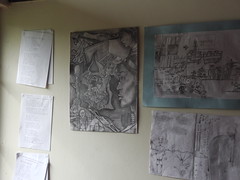 Some of the drawings by the students

In an effort to ensure that all the students had an equal chance, there was no cut-off point for competition entry and everyone in the school was eligible to participate. For the essay writing category there was a one thousand word limit for the form three and form four students, while the form one and form two students has a word limit of four hundred and fifty. The Heads of Department in linguistics, arts and science subjects were engaged to help in shortlist the top 15 entries out of a total of 14 essays, 7 poems and 4 drawings which were submitted.

The Scinnovent Centre engaged its staff with support from external markers, who were professionals in the relevant categories, to review the submissions. A special category for the most promising student in poetry was included, so as to support students with outstanding talent in poetry. 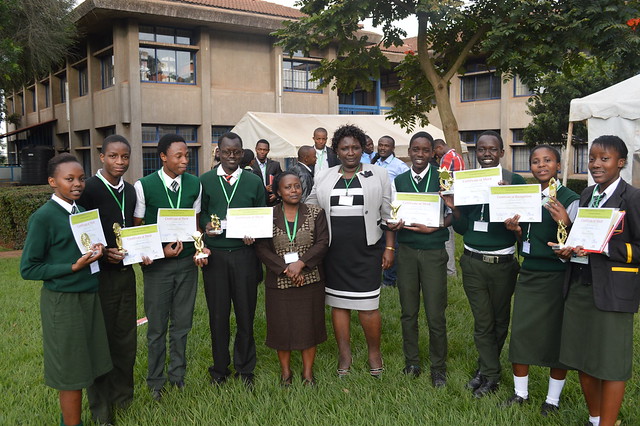 The winners of each category were invited to attend the African Scientific Revival Day celebrations during which they were awarded certificates of merit and trophies engraved with their names. A certificate of recognition and trophy for the most promising poet and certificates of participation for all the students who participated in the competition were also given.

While engaging the students during the ASRD celebrations, it emerged that their science projects are left to collect dust on the school shelves. There is need to tap into such students’ knowledge-base and promote their innovations to higher level beyond the shelves.